Today we go to Mars. In the game Unearthing Mars, you play as a co-pilot that has no name. You and a Captain (yes she gets a name, even the robot you meet later on has a name), start off on a space station to learn about your mission to Mars to discover it’s origins.

The game has 10 levels and honestly, some are done better than others. Some missions have the ability to answer questions to help the story along, some you get to drive a rover which transforms the move controllers into awesome RC car type controllers, which I could see some driving games with these custom controllers…just saying. And yes, that is an actual screenshot of my playing the game. The game does use the tilt motion very well. 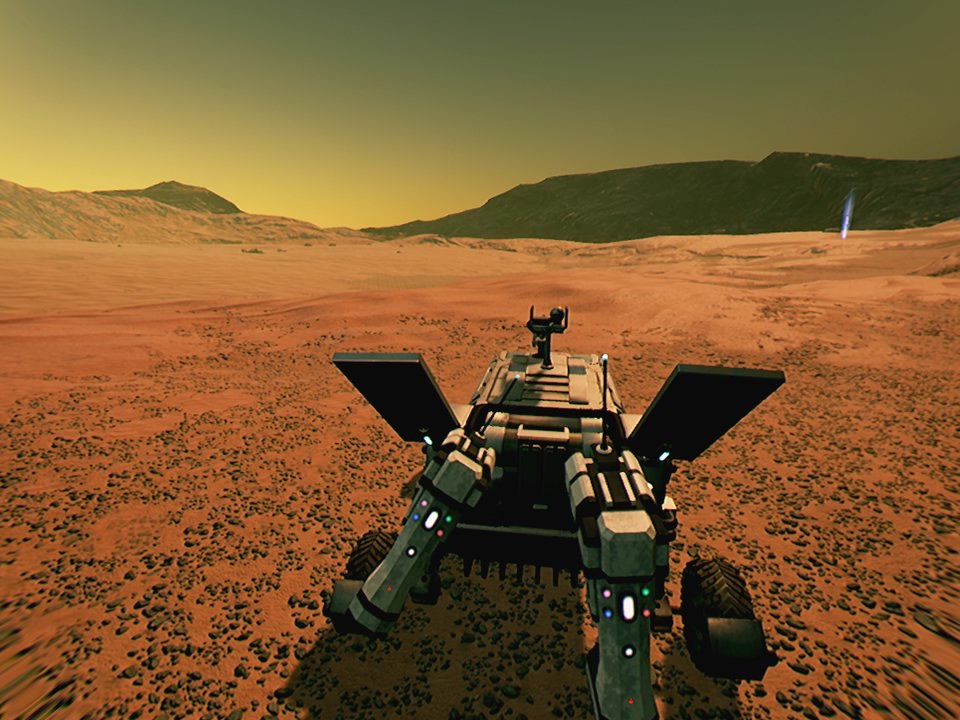 Some of the levels have puzzles and yes you do get to shoot towards the end when you are given some weapons that you could scream “I am Sparta” if you like. How you move around is a teleportation route is where you can pick where you want to go with a limited amount of options, which does reduce any motion sickness if you do get that (I did not feel any).

So what is wrong with the game some might ask. I will say this, some of the levels, particularly with level 3 when flying to Mars, I experienced some tracking issues. When the pilot asks me the speed and I am giving some choices, trying to select the right choice seemed a little jittery, but honestly that was the one out of two times I really experienced it. Another thing and not necessarily a turn off, but this is not the best voice acting and sometimes the characters are not very lifelike. So if you can get past that and the tracking on a level or two, you will have a very entertaining time and it does cast a theory of what if and could that have been what really have happened.

Would I recommend this as a must by? Do you like Sci-Fi? Do you like being immersed (yes I felt like I was in outer space)? If so get this now. It will be a time that you can escape and can play through in one sitting or you can break it up and just play a chapter at a time. Either way, I am glad I have this one in my collection. It’s priced at only $14.99 and is a digital-only through the PlayStation Store.

3 thoughts on “Unearthing Mars – The Review”